More and Better Sex (For the Ladies)

More and Better Sex (For the Ladies) 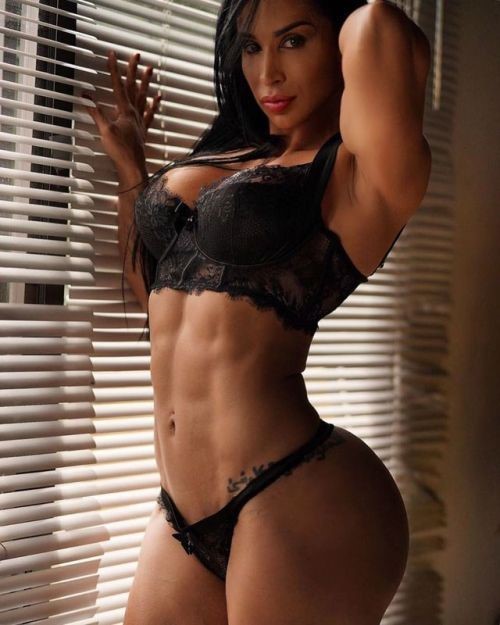 HOW YOU CAN FEEL SEXIER

What if we changed our eating and lifestyle habits not to lose weight but to improve our sex lives? What if a shift in mindset was all it took to improve our metabolic health and happiness along the way? After all, a healthy libido is an indication of a healthy body in general.
To put it another way, getting off on a regular basis means you're receiving plenty of blood flow to your genitals, which means you're getting plenty of blood flow to other essential organs like the brain and heart. It also indicates that you're producing a lot of sex hormones.
What's so special about it? Eating and exercising to increase libido will naturally lead you to make better decisions... ones that demonstrate you're caring for your body rather than abusing it.
How often are you having sex, and is it genuinely beneficial? Half of all 18-35 year old women have problems reaching orgasm with sexual partners, some research has shown.
Women only experience orgasm roughly 31-40 percent of the time during intercourse, according to a poll of 1400 participants. That should be significant to you. Specifically, most women do not get off as frequently as men during intercourse. Women don't have the same ease with climaxing.
Men may, in fact, do terrible things to themselves all day and still "stand at attention" at night. Because they are still enjoying satisfying sex, many people are unaware that they have medically low testosterone.
Did you hear what I said? Men can have orgasms despite having a low level of hormone production. Ladies are a little different. Optimized hormonal production, stress-free minds, lowered inflammation, focus, self-confidence, minimized distractions, the proper moon phase, the warm glow of candlelight, and the perfect room temperature are all required for them to enjoy frequent and satisfying sex. Only half of this list is intended to be amusing.

Having a successful sex life necessitates taking proper care of your body. And not in the useless "self-care" style that encourages women to splurge, overeat, and over-share their nakedness on social media to show how much they love themselves.
And you'll probably notice a difference in your energy, mood, and possibly even body composition when you DO optimize your sex life. No, if you're working on your libido, you're not going to get shredded. However, you will be more sexually functional and possibly appealing.
So, while I can't take away your stress or all of the factors that contribute to it, there might be a physical advantage by increasing your sex drive. Paying attention to these four factors is the initial step, and then adapting from there.

Deficiencies can be tough to deal with. Any nutrient deficiency can set off a chain reaction of physiological events that leads to a lack of libido. But first, let's go through a few of the most popular.

Anyone who has read the news about health this year is probably taking it for the immune benefits. The D, on the other hand, does a lot more than merely keep you from becoming sick. And, unless you're a frequent sunbather, taking one small pill (of 1000 IU) won't cut it if you're deficient like most people these days.
Over 100 women were given a questionnaire about their sex lives and their vitamin D levels were measured. What were the outcomes? Sexual satisfaction was higher in those who had higher amounts of vitamin D in their blood. The most bioavailable form of vitamin D is the microencapsulated version. Its effects can last up to 14 days.

IRON
Iron deficiency is rather prevalent in fit women. It's considerably more common if you're still in your childbearing years. If you have a period and live an extremely busy lifestyle, it doesn't matter how much meat you eat. This insufficiency might make you tired even when completing mundane tasks, which means your sex desire will suffer as well.

The anti-inflammatory properties of fish oil help to keep inflammation at bay. It has been demonstrated to help with depression and countries that consume more fish have fewer problems with mood disorders.
So, how does this relate to sex? Depression, on the other hand, isn't exactly a mood that lends itself to bedroom activities. At least not for the majority of women. Anything that lifts your spirits can help you have better success in the bedroom.

Low levels in the blood can make you uneasy and prevent you from sleeping properly at night. Anything that makes it difficult to relax can stifle sexual desire. Being wired and moody does not make for a pleasurable experience. How much do you really require? If you lift weights on a regular basis, you'll need more than the usual woman's daily dose (310-320 mg).

There are no "absolute" dietary guidelines. To lose weight, you'll need enough carbs, fat, and calories. Why? Because the hormones you can make, your digestion, energy, and mood are all influenced by what you eat, and all of these factors affect your desire for sex. The best part is that your libido may act as a guide. If you're never interested in getting physical with your partner, it could be a clue that your diet needs to alter.
So, here's the deal with carbs, fat, and calories:

A low-carbohydrate diet can cause chronic and excessive cortisol production in many women, especially those who exercise frequently and vigorously. It may also cause low serotonin levels, which make us quickly annoyed and hard to relax, both of which are sex drive killers.

Research scientists have said this about the connection between low carb dieting and cortisol:
"Cortisol is secreted to maintain appropriate glucose levels during high-intensity, anaerobic exercise." The quantity of glycogen you've stored has a direct impact on the amount of cortisol released after exercise. Cortisol is released in proportion to the amount of glycogen stored; the less glycogen you have, the more cortisol is released.
Intuitively, this leads us to believe that long-term glycogen depletion caused by low-carb diets could result in chronically elevated cortisol levels. Low-carbohydrate diets also boost the exercise-induced cortisol response."
If you're a low-carber, however, there are plenty of orgasms to be had. Just keep in mind that if you combine this nutritional strategy with strenuous workouts, you'll be more likely to suffer persistently increased cortisol, which isn't a good place to be if you want to obtain extra vitamin-O
On the other hand, consuming too much carbohydrate is a sex-drive killer. Most people have had this experience, at least in the short term. Going overboard on carbs will make you feel bloated and tired for a short time. If you want to get it on after dinner, this isn't the best mealtime plan. However, you are the only one who knows how you react to food. So providing you a don't-eat-this-don't-eat-that list is ridiculous. You might not be a fan of baked potatoes and refried beans. They're good for me... after I've digested them.
As a result, pay attention to what you eat and how you feel a few hours later. Then choose foods (and portions) that won't make you lethargic or farty during the hours when you're most likely to be doing things in your bedroom. While you're at it, keep track of what you do on a regular basis to determine if the way you eat on a daily basis has any impact.

FAT
It plays a role in the generation of sex hormones. People in the 1990s were attempting to minimize fat from their diets to the point of avoiding avocados. Was any woman on a low-fat diet actually twisting the sheets? The Women's International Pharmacy states:
"Dietary fat is the only source of the essential fatty acids that are the chemical building blocks for eicosanoids. Eicosanoids are the molecular glue that holds the human body together. They control the hormones and are made by every living cell in the human body."
There is, however, a range, as with everything else. In reality, if you eat high-quality fats, you can probably maintain a low(er) fat diet while still producing the essential sex hormones. Instead of trans fats found in prepackaged foods, consider fish oil and egg yolks.

Your lady parts will not dry up if you have a realistic and transient deficiency or surplus. However, undereating on a regular basis will put your sexual health on hold.
Some women believe that how they look while dieting affects their sex appeal. This is a common blunder that might lead to women overdoing their deficits. This type of behavior usually results in a case of the hangries, not the hornies. Could it be a hint that your diet isn't sustainable if it's suppressing your sex desire (even at times of the month when it should be at its peak)? Or is it simply unhealthy? Again, anything that causes a decline in testosterone will result in a decrease in sex drive.